The rivalry between neighbours Germany and the Netherlands goes back a long way. In 1974, West Germany beat the Dutch 2-1 in the FIFA World Cup™ Final to lift the Trophy on home turf. Fourteen years later, the Oranje brushed the Germans aside on their way to the European Championship title, defeating them 2-1 in the semi-final in Hamburg. The two sides then met for a third winner-takes-all encounter at a major tournament on 24 June 1990.

The match threw the Germans together with their rivals and opponents from qualifying, where they played out two draws. The Dutch ended Group F level on points with the Republic of Ireland after three draws against Egypt, England and the Boys in Green. Their third-place finish pitted them against Group D winners Germany, who progressed easily with a 5-1 win over UAE, 4-1 victory against Yugoslavia and 1-1 draw with Colombia.

The Netherlands dominated the early stages of the match and had the first few opportunities to score, before two dismissals for Voller and Rijkaard in the middle of the first half briefly pushed the football into the background. Voller’s strike partner Klinsmann then rose to the occasion to put the then two-time world champions ahead shortly after the break. Thereafter, the match became more intense, with attacking chances for both sides. Brehme wrapped things up for the Germans in the closing stages, with Koeman’s late spot-kick coming too late to keep Dutch dreams alive.

Jurgen Klinsmann received 30 per cent of all votes for his performance against the Oranje, the highest score achieved by any individual player at the tournament. After his strike partner received his marching orders, “Klinsmann played for both of them to deliver a brilliant, almost perfect performance,” German newspaper Suddeutsche Zeitung wrote at the time. His opening goal ultimately set Germany on their way to the next round. The match was special for ‘Klinsi’ for another reason: Brehme, Matthaus and Klinsmann were playing at their home ground as they all represented Inter Milan at club level at that time.

“Winning the World Cup was just the most emotional experience. At the time I was living and playing in Italy, and so it almost felt like a home tournament for me. Our first games were played in what felt like my living room – the San Siro in Milan! By the end, it wasn’t just the German fans supporting us, but the Inter fans too. Rudi Voller, who was at Roma, was also playing in the Final and Italy had been knocked out by Argentina, so the whole stadium was behind us. Germans talk nowadays about the summer fairy tale of 2006, but this was my summer fairy tale. And it had a happy ending too.”
Lothar Matthaus, Germany captain

“We were ready for a confrontational game, which is why we set ourselves up with one less attacking player. We hounded the Dutch with this system, made them tired – and then scored our goals. Guido Buchwald and Jurgen Klinsmann played out of their skin. The Netherlands are a world-class team. Anyone who beats them can beat anyone!”
Franz Beckenbauer, Germany coach

“It wasn’t a normal international for me; it was the best match of my career so far. I want to dedicate my goal to Rudi. It’s the first time I’ve scored a goal for someone else.”
Jurgen Klinsmann, Germany

“We experienced an exceptionally exciting and attacking match. I definitely didn’t disappoint the boss in my first World Cup appearance.”
Jurgen Kohler, Germany

“We were in better shape and deserved to win. Jurgen Klinsmann played incredibly well, as he had to play my role too.”
Rudi Voller, Germany

“Although the Germans always work really hard on the pitch, they now have technical skills too – and that’s down to Beckenbauer.”
Ruud Gullit, Netherlands

“It was our best World Cup performance and we were unlucky not to take our goalscoring chances. The red card for Frank Rijkaard hurt us more than Voller’s affected the Germans.”
Ronald Koeman, Netherlands

While the Netherlands headed home and were forced to accept coach Leo Beenhakker’s resignation, Germany moved inexorably towards the Final with a 1-0 win over the former Czechoslovakia and a dramatic victory over the Three Lions of England (1-1 a.e.t., 4-3 on penalties). Coach Beckenbauer’s side finished the job thanks to a spot-kick from Andreas Brehme, beating superstar Diego Maradona’s Argentina team 1-0 in the Final. 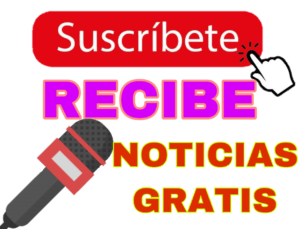